Find Jemima and Her Friends 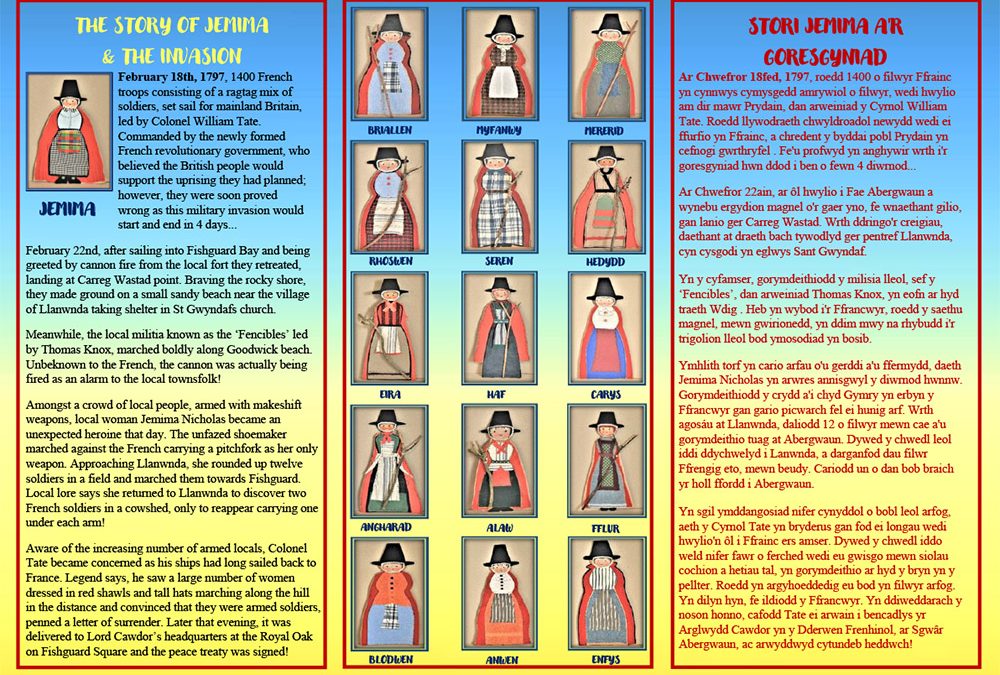 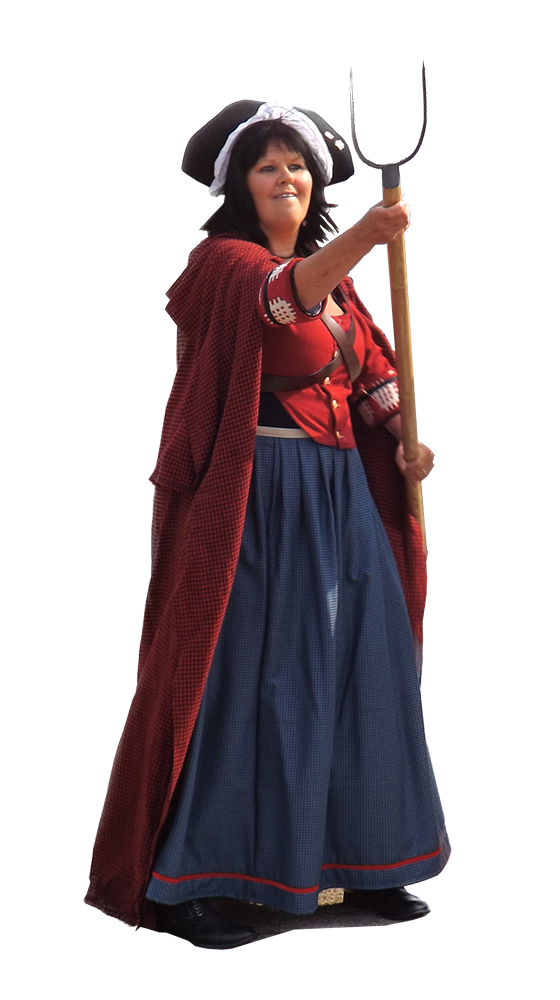 They’re all over Fishguard and Goodwick!

The Jemima Trail is fun for all the family, with a bit of history, a local heroine and a chance to win!

The Jemima Trail is fun for all the family.

Hunt round shops and cafés until you find them.

When you get your Jemima Trail flyer you’ll be able to see what they look like and track them down in fifteen different places around Fishguard and Goodwick.

Jemima’s flyer is only 50p and you can buy them here: 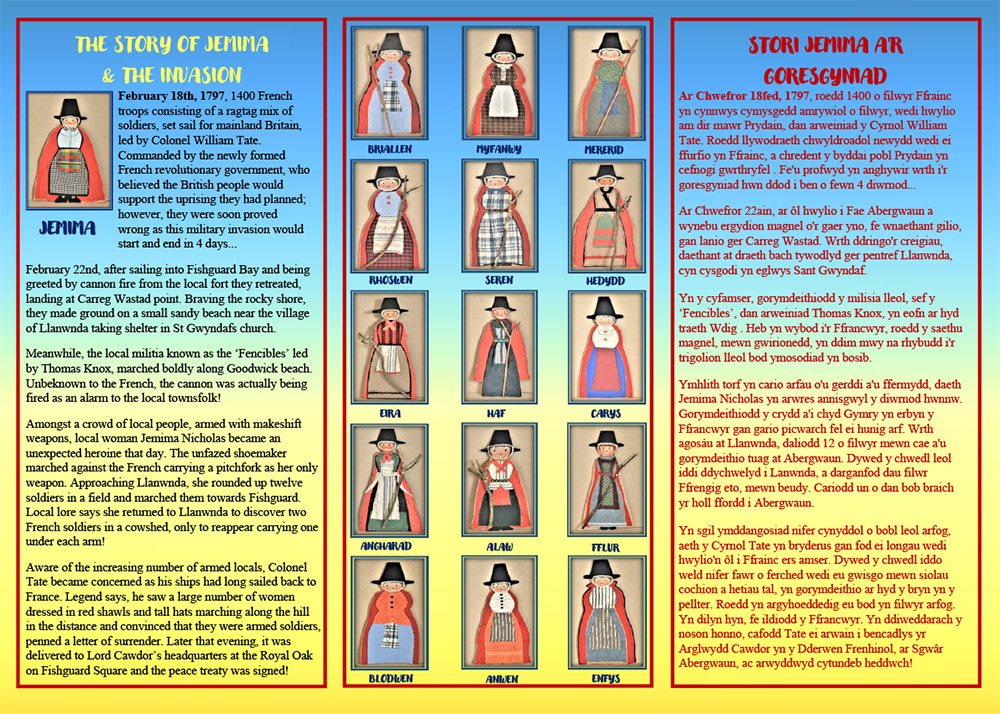 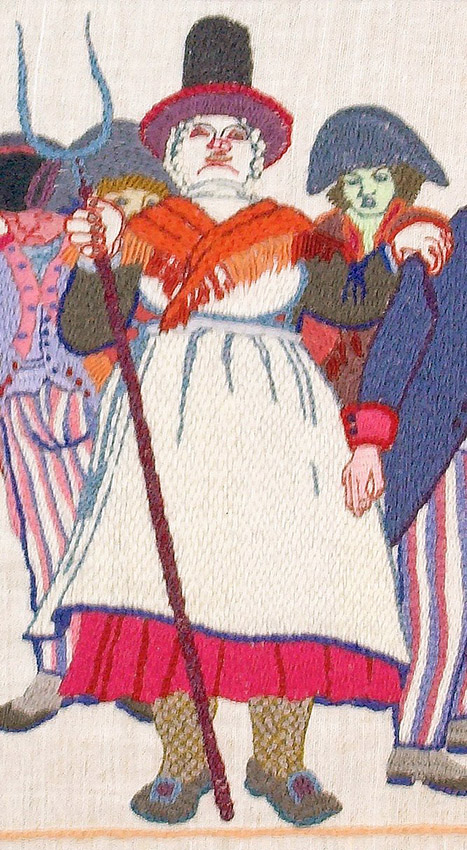 Jemima Nicholas was a local shoemaker. During the last invasion of Britain, Jemima single-handedly rounded up a dozen French soldiers and forced them to surrender at the Royal Oak pub in Fishguard. Armed with a pitch fork, she approached the soldiers and, as Fishguard volunteer H.L. Williams wrote in his memoir in 1842, ‘whether alarmed at her courage, or persuaded by her, she conducted them to and confined them in, the guard house in Fishguard Church,’

Jemima was 47 at the time. The local vicar at the time recalled: ‘… This woman was called ‘Jemima fawr’ (Jemima the great) from her heroine acts, she having marched against the French who landed hereabouts in 1797 and being of such personal powers as to be able to overcome most men in a fight. I recalled her well.’

Jemima Nicholas died in Fishguard Main Street in July 1832, aged 82 years. She is buried in St. Mary’s Churchyard, where a headstone, erected in 1897, describes her as ‘The Welsh Heroine’.

Colonel Tate’s French officers reported that they saw the British “with troops of the line to the number of several thousand.” No such troops were anywhere near Fishguard, but there were hundreds, perhaps thousands of local Welsh women, dressed in their traditional scarlet tunics and tall black felt hats, who had come to see the fighting between the French and the local militiamen. These ladies became known as Jemima’s daughters. 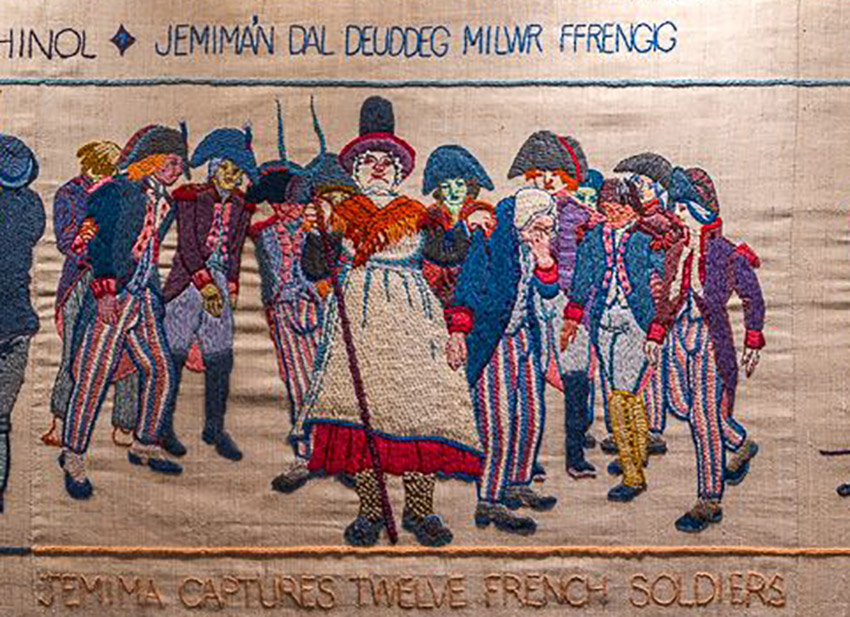 For more on the Last Invasion and Jemima, see the LIT website here:  https://lastinvasiontapestry.co.uk/

See what’s happening, read about local businesses and the fascinating history of Fishguard and Goodwick. 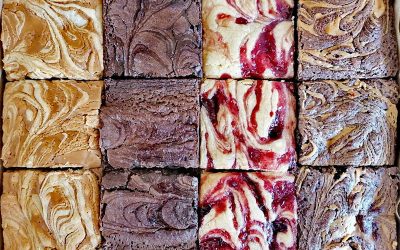 Devilishly delicious bakes!  7 Sins BakeryEmma Sutton is the creative owner at 7 Sins Bakery, delivering devilishly indulgent bakes across Pembrokeshire and now throughout the UK’s letterboxes! Emma has been baking for about 5 years, she had always been...

ABERJAZZ PRESENTS The Zoe Gilby QuartetTheatr Gwaun, Fishguard Saturday 10th July - 8pmFollowing on from the success of their May Day livestream festival, Aberjazz is thrilled to present their first live act of the summer season. ZOE GILBY is the 2019 Parliamentary... 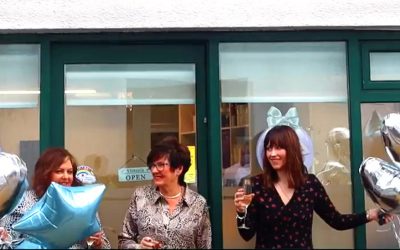